We had a lot of fun with our own vegan waffle party in Pittsburgh this year, and we were also excited to hear what others did with their events!

Among the cities joining us this year, including several returning veterans, were Fort Ashby, WV, US; Seattle, WA, US; Berkeley, CA, US; Tempe, AZ, US; Guelph, Ontario, Canada; Tavares, FL, US; Miami, FL, US; Boston, MA, US, Minneapolis/Twin Cities, MN, US; Staten Island, NY, US; Stoke-on-Kent, UK; Nottingham, UK; Herndon, VA, US. (Edit after original post: Washington, DC, US and a third (!) Seattle, WA, US host also joined us this year.)

The Minneapolis Animal Rights Coalition shared some great Meetup photos from their vegan waffle event, which had a broad range of people and many delicious toppings. The Big Strawberry in the UK posted delicious pics on their event’s Facebook page–some great closeups of topping-rich waffles. Mike R. shared on Facebook a tasty photo of a Dark Chocolate Cake Waffle from their party in Ontario, Canada.

One host reported, “We had a great time. Even better was talking about the event to people unfamiliar, but not able to make the party. We ended up talking about pet rescue organizations, log cabins and goats (not very good pets for vegans!)”

Our vegan waffle party in Pittsburgh, PA, US attracted 45 to 50 people, including friends from several settings, local Vegan Meetup members, and both old and new neighbors. They arrived in a variety of ways. While several guests biked, one actually secured the final ingredient of his topping–honeysuckle blooms–while walking through a park en route to the party. Talk about fresh and local! I’ve posted a few photos from our event.

As always, I enjoyed some great conversations between baking batches of waffles, and our foster daughter seemed to have a great time as well.

We were glad that we didn’t have any major logistical issues, as this was the first time hosting the event in our new house. Those who stayed a bit later got to see some post-ballgame fireworks over the downtown skyline, and to make some gelatin-free s’mores while sitting around the glow of the chimenea.

And, somehow, our stomachs did not explode.

Best wishes to those who still have upcoming events for this season! 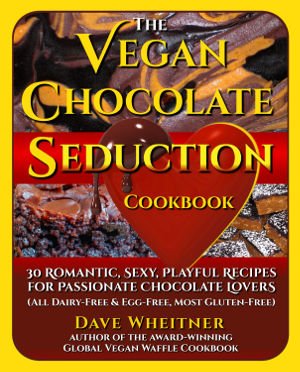