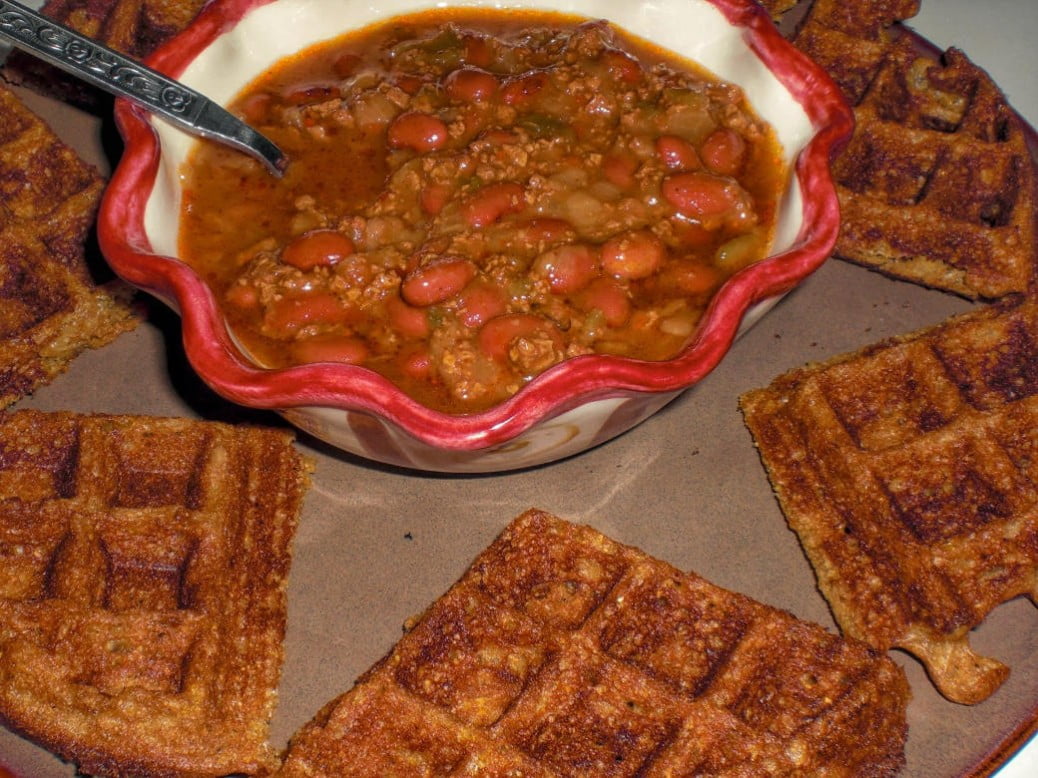 Dave W.
These crispy vegan waffles have a subtler sweetness and greater saltiness than your average cornbread or waffle recipe, with the uncommon addition of sourdough-like overtones from yeast. Makes 4 (7-inch) round Belgian vegan waffles.

Prep time does not include "hands off" waffle batter leavening time. Because the batter needs time to rise, begin at least three hours in advance of baking the waffles or one and a half hours in advance if you are using quick-rise yeast. You can use your oven for allowing the waffle batter to rise. Make sure the oven rack is low enough for the bowl to fit. Turn the oven on for one to two minutes at 200 degrees F. Turn off the oven, place the covered bowl on the rack, and close the oven door. If you wish to let the batter stand overnight, covering the bowl and leaving it at room temperature will work fine.
Keyword yeast, cornmeal, waffles